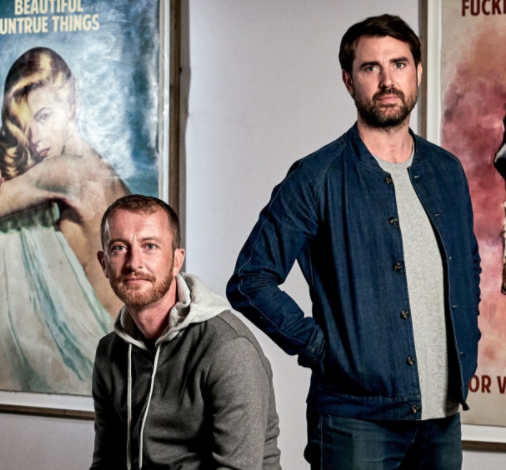 Hidden behind the long-adopted fictional façade of The Connor Brothers – twin brothers who escaped from a secretive Christian cult at the age of sixteen -, the once-mysterious duo formed by the British artists Mike Snelle and James Golding has been enchanting the art world with its refashioning of 1950’s paperback covers with sardonic and thought-provoking slogans. Their work explores the boundary between fiction and truth, real and fake, the ageless paradox at the heart of art itself. The duo’s highly-collectable prints and paintings have achieved impressive commercial success and have already earned a coveted place in worldwide collections.

Normal Is The Cruelest of All Insults, 2018