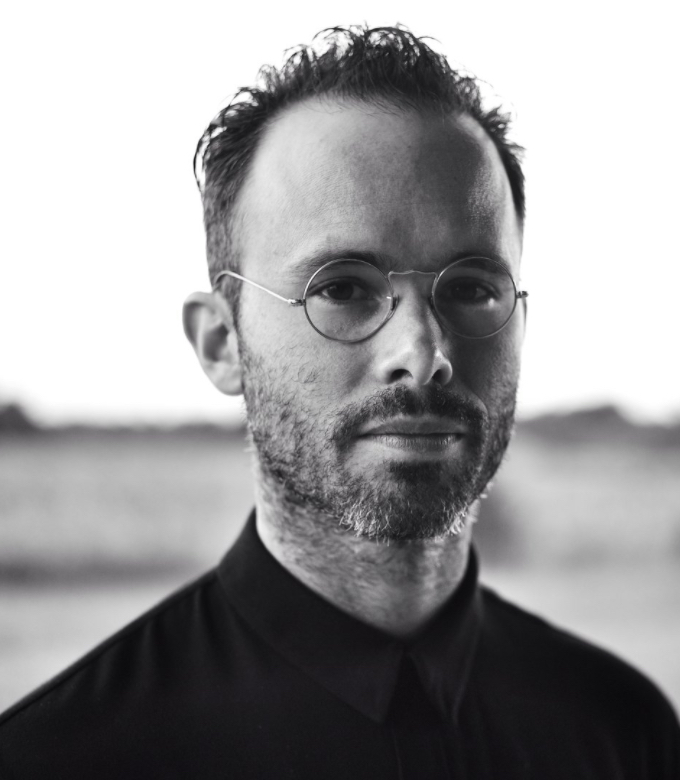 Daniel Arsham is a multidisciplinary artist who explores the distortions of structures, time and space. His work revolves around the unique concept of “Fictional Archeology”, also dubbed “future relics of the present”, creating eroded casts of artifacts from the late 20th century and millennial era as if they had been discovered after being buried for ages. To produce such casts, the artist uses geological materials such as sand, volcanic ash and crystals to further emphasize the idea of timeless crystallization of those cultural symbols.

Daniel Arsham has been represented by Gallerie Perrotin since 2005. He received the Gelman Trust Fellowship Award in 2003 and his work has been shown at PS1 in New York, The Museum of Contemporary Art in Miami and The Athens Biennale in Athens, Greece, among others. Arsham is an artist on the rise, evoking playful visions that navigate between Romanticism and Pop Art, especially popular in the fashion world with recent collaborations with world-known brands such as Adidas and Dior.