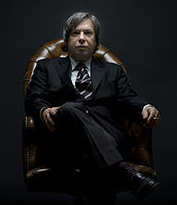 Regarded as being an instrumental figure in the revival of painting, George Condo’s work employs the methods and sensibilities pioneered by the old masters of painting while depicting modern figures and subjects. As his work evolved, in the early 2000’s, he began experimenting with a style that would come to be known as ‘psychological cubism’ in which he uses human figures, obscuring them in an exaggerated, often humorous way. In addition to his paintings, which have served to influence many other contemporary artists, he has also commissioned work for many of authors and celebrities, including images for Kanye West’s 2010 album My Beautiful Dark Twisted Fantasy and a painted Hermes Birkin bag for Kim Kardashian.