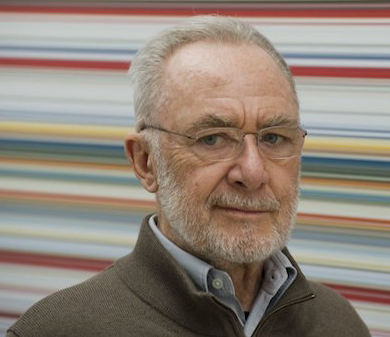 One of Germany’s most important contemporary artists, Gerhard Richter’s is regarded as a pioneer of New European Painting style that examines the 20th century’s most difficult moments through a combination of painting and more modern media. Richter was born in Weimar Germany and his family suffered tremendously under the Nazi regime in the 1930’s and 1940’s. He remained in East Germany but would later escape with his wife to West Germany just 2 months before the construction of the Berlin Wall. Richter, like his contemporaries, would create his art using several forms of media – in his case, painting pictures based on black and white photographs he saw in books, newspapers, and that he took himself. He would then ‘blur’ the objects to ensure equal representation of the objects in his pieces. He’d later go on to work in prints, sculpture, and drawing while continuing his work in photographic paintings. His work has set several auction records over the years.