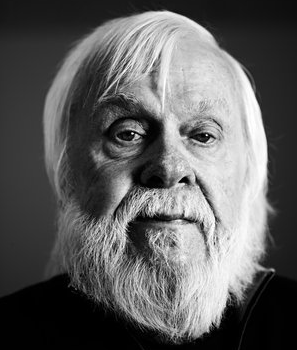 John Anthony Baldessari is an American conceptual artist known for his work featuring found photography and appropriated images. He lives and works in Santa Monica and Venice, California.

Initially a painter, Baldessari began to incorporate texts and photography into his canvases in the mid-1960s. In 1970 he began working in printmaking, film, video, installation, sculpture and photography. He has created thousands of works that demonstrate—and, in many cases, combine—the narrative potential of images and the associative power of language within the boundaries of the work of art. His art has been featured in more than 200 solo exhibitions in the U.S. and Europe.[2] His work influenced Cindy Sherman, David Salle, Annette Lemieux, and Barbara Kruger among others.