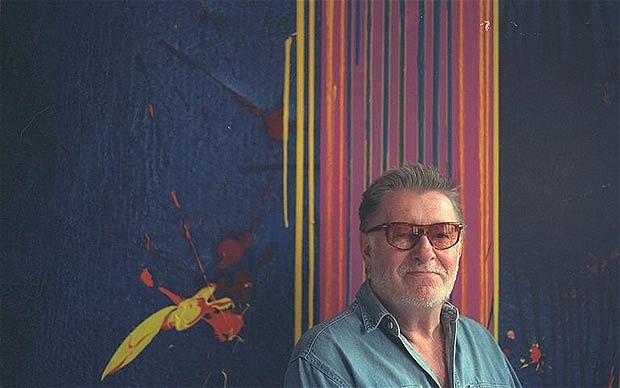 John Hoyland was a London-based British artist. He was one of the country’s leading abstract painters. In 1982 he won the John Moores Painting Prize and in 1998 the Royal Academy’s Wollaston Award. He was elected to the Royal Academy in 1991 and was appointed Professor of Painting at the Royal Academy Schools in 1999. The National Portrait Gallery holds portraits of the artist in its collection.

Text was used from www.wikipedia.com.