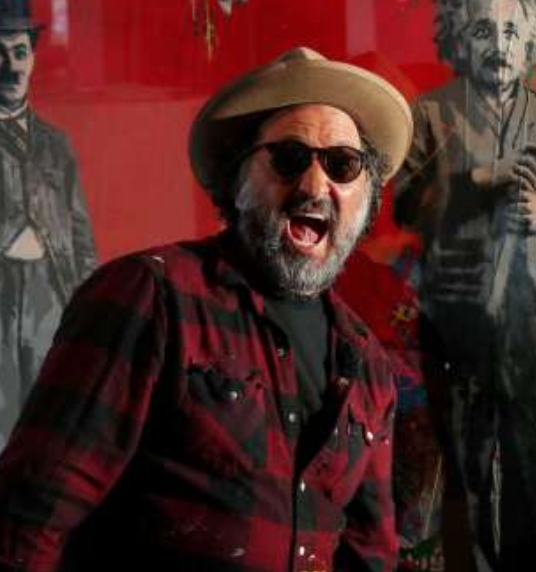 Mr. Brainwash, aka Thierry Guetta, is a Los Angeles-based artist who fuses pop art and street art to drive his exhibitions, which are often massive in scale, sometimes taking up entire buildings. Fairly new to the art scene, he made his breakthrough in 2010 when he was featured in Banksy’s film Exit Through the Gift Shop. Mr. Brainwash has also done a great deal of commissioned work – of note, he’s created art for some of the world’s top celebrities such as Madonna and has designed elements and images for major social campaigns like ‘Rock the Vote’ and the (RED) Campaign. There has been some speculation amongst fans and observers that Mr. Brainwash isn’t a person or artist, but rather a figure invented by Banksy, who often plays tricks on his fans and the world. These theories were debunked, though some still cling to them.