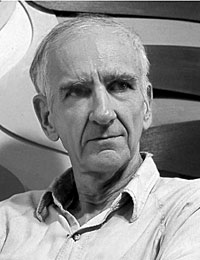 American artist Tom Wesselmann’s first artistic breakthrough came through his portrayal of nude figures, with his ‘Great American Nude’ series marking his unofficial debut on the art scene. Throughout his artistry, he would frequently use the female form and experience, portraying both the nude body in its entirety as well as isolated body parts and objects of everyday women’s lives like nail polish and lipstick. He is counted among the mid-century’s greatest pop artists, although he protested being included in that categories, saying that he ‘[disliked] labels in general and “Pop” in particular’. His argument against his inclusion in the ‘pop art’ movement hinged on his use of consumer objects, distinguishing his use of them as an aesthetic choice, compared to the way other artists used them critically.