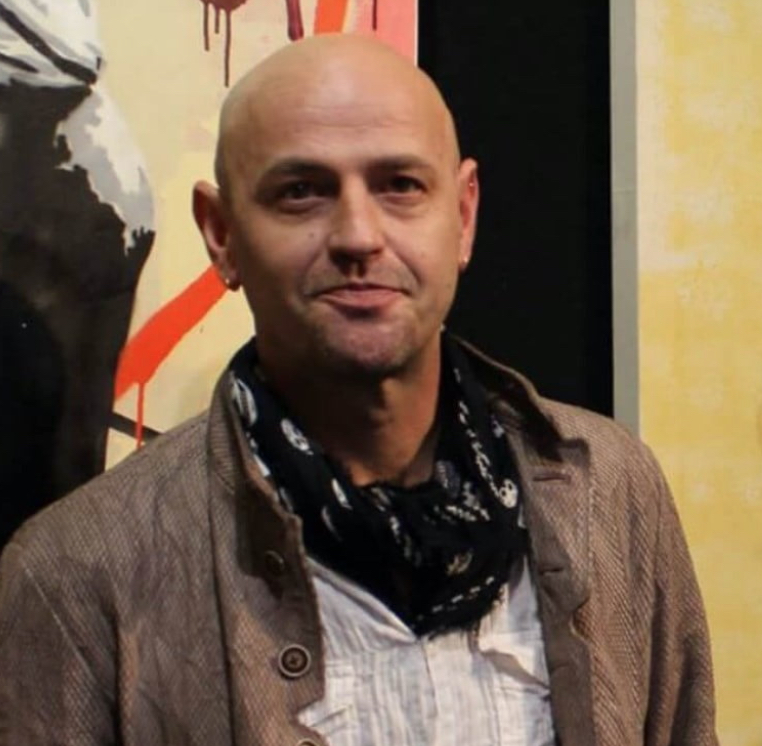 Dom Pattinson is amongst Britain’s popular urban artists of the moment. Featured in some of the most influential magazines worldwide such as The Times, Vanity Fair or Vogue and being commissioned by high luxury brands like Ted Baker to create specific in-situ art for their flagships, Pattinson has enjoyed a string of global sell out shows. His provocative, sassy, humorous but at the same time charming and care-free imagery connects with the broad public. The artist draws inspiration from Russian propagandistic art, while he was living as a student in the Soviet Union, and from Northern Irish powerful political street art.

His work is collected by blue-chip celebrities such as Brad Pitt, Angelina Jolie, George Clooney or Liam Gallagher. Pattinson will be the subject of a BBC documentary currently on the making.