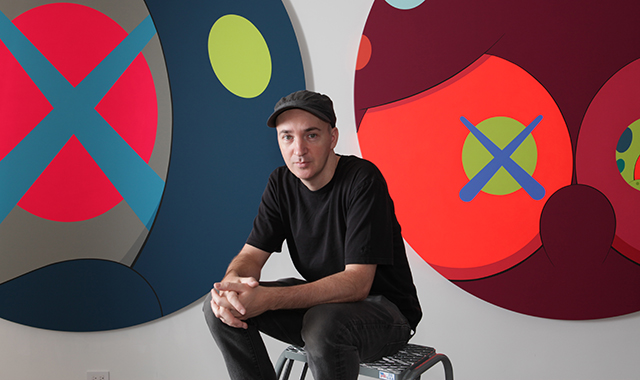 KAWS, born Brian Donnelly, is an innovative, modern-day pop artist who practices in sculpture, graphic design, graffiti, painting, and even toys, often utilizing well-known cartoons and mascots as his subjects. His work has appeared in such well-known places as the Macy’s Thanksgiving Day Parade, the MTV Video Music Awards, and in fashion collaborations with Uniqlo and Air Jordan sneakers. His works have sold at major auctions for as much as nearly $15 million. KAWS lives and works in Brooklyn.

Piranhas When You're Sleeping, 2016