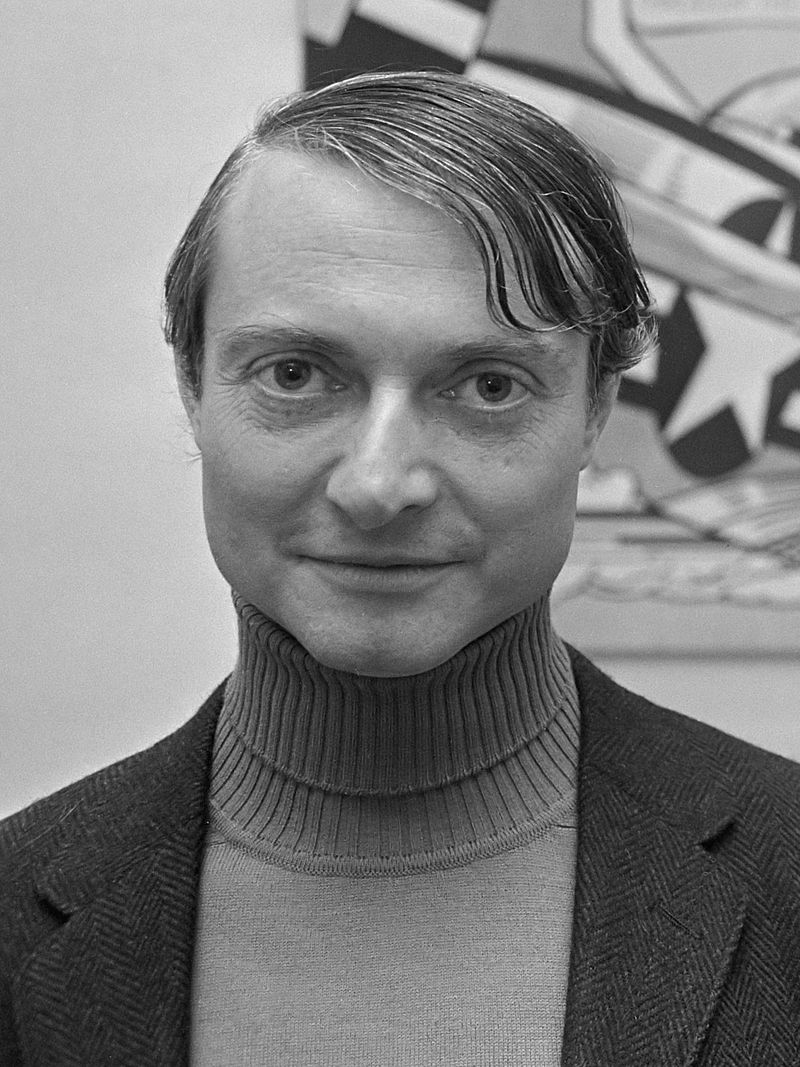 American artist Roy Lichtenstein was an early practitioner of pop art, taking his interest in comic books and graphic design and producing art inspired by the clean lines and innovative reproduction techniques of the time such as Ben-Day dots. He was also fascinated with the advertising techniques of mid- 20th century America and worked to portray his subjects not through his own eyes, but rather through the lens of mass media and how they were portrayed publicly. Though wildly popular, his work was not without controversy, and has been the subject of debates about where the line between inspiration and outright copying in art lies.

Reflections on Brushstrokes, from: Reflections, 1990